The musician, who changed the trends and the way the ukulele is played and taught in Brazil, collects great moments and instrumental music concerts with the ukulele, plus workshops in Portuguese and English wherever he goes. He runs Toca Ukulele, one of the greatest projects concerning the instrument in Latin America, with a well-funded national and international artistic career. He is considered one of the pioneers of the ukulele in Brazil and is recognized by Brazilian Music Masters, such as Mozart Mello and Nelson Faria. This is already the 3rd album by Tostes. In 2018, he released his first album “naturæ”, which debuted in Brazilian music as the first instrumental ukulele album. In 2019 it was time for “Live in Italy”, a live album recorded in the city of Vicenza (Astra Theater) in Italy (2018). Live Ukulele Here, There & Everywhere is a compilation of cover and original songs performed live, between 2016 and 2019. 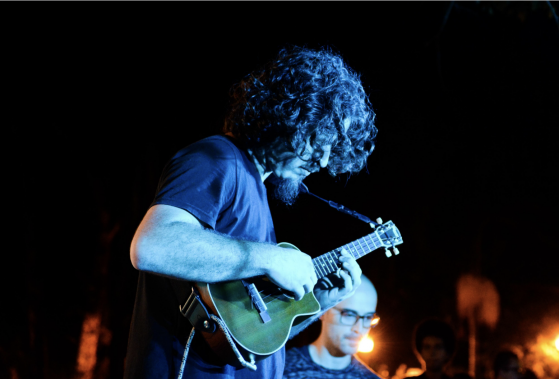 The songs go from Beatles, with Yesterday, through Leonard Cohen with Hallelujah, to Waldir Azevedo, with Brasileirinho. The recordings were made in Brazil, Canada, Italy and South Korea. The album cover was made by his 10-year-old son João Victor Tostes, who also makes videos since he was 8 years old for the series “Ukulele Para Crianças – #ukekids” (Ukulele for Children, but it’s just in Portuguese), on Toca Ukulele channel on YouTube. Tostes started Toca Ukulele activities in 2015, and in 2016 he was already recording a special ukulele instrumental for UFOP TV – Concertos Didáticos (Didatic Concerts), which later was broadcast nationally by Canal Futura (Futura Channel). That made the musician to be the first ukulele player to be nationally on TV in Brazil.

Among so many achievements, Live Ukulele Here, There & Everywhere is also a striking point in celebration of the 100k subscribers on Toca Ukulele, the artist’s oficial Youtube channel. On the tracks, beyond various recordings as a solo ukulele, the album has also special guests appearances on Tostes’ live shows, including the musicians Rio Saito – the ukulele youth prodigy (Japan), Vinícius Vivas (Rio de Janeiro), Jonas Loi (São Paulo), and the artists Diogo Fernandes (bass) e Felipe Moreira (piano), from Minas Gerais State in Brazil, who have already accompanied the musician in studio records and shows worldwide.

Available on all music streaming platforms, including iTunes, Spotify, Deezer and Youtube

Here are some links: