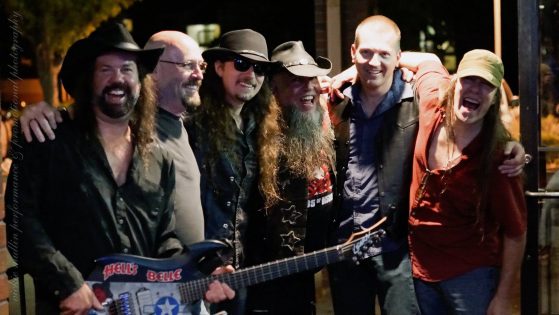 Remus Tucker is The Mountain Man of Rock & Country and no stranger to fun. Whether it is chasing bear through the mountains, or throwing back a bit of old Lightning, he is all about laughing and having a good time. His trademark hat and long hair lets ya spot him from far off. Sorta gives ya a chance to decide to buy him a drink or quickly make yer exit. Born in the backwoods of Michigan, and spending a lot of time in the South, he is lover of country, old time blues and southern rock and this colors his style in most things. The artist’s influences are many, with vocal styles that are reminiscent of Freddie Mercury, Robert Plant, Geoff Tate, and Ronnie Van Zant.His soulful renderings touch ya in a way that you start thinking “Maybe rebel hippies aren’t all bad.”

The Remus Tucker Band came about somewhere around 2012. They released South of New Orleans, their debut album in 2013. In 2017 they released a single Lonely Mile that is still receiving global radio airplay and are working on another album due out fall 2019. June 24 their second single, “Come On” will be released and the band plans to tour shortly after.